The ICU Peace Bell Scholar Report event, which was hosted by the President, was held at the ICU Kiyoshi Togasaki Memorial Dialogue House International Conference Room on Saturday, February 9, 2019.

Since it was first awarded in 2008, the ICU Peace Bell Scholarship has continued to support outstanding undergraduate students who have high aspirations and who require financial assistance. The scholarship is offered by ICU and is funded in its entirety by your donations.

At the event, Scholars receiving the ICU Peace Bell Scholarship who will be graduating in March or June 2019 gave a report about their four years at ICU. 10 students gave reports on the day. (This number includes students who had someone else read out their report on their behalf.) The event was attended by approximately 25 guests; approximately 20 current Scholars in their first, second, or third year; and university staff. The guests included not only donors but also former Scholars who had graduated from ICU. All of those present lent their ears to the reports given by the graduating Scholars detailing their four years at ICU and their future aspirations. Following the event, a reception was held, during which the participants networked with one another. The reception proved to be a good opportunity for the Scholars to directly express their gratitude to their donors.

On Tuesday, April 2, 2019, an award ceremony for new Scholars will be held. Time flies and this will be the 12th year that this scholarship has been offered.

We look forward to your continued support of this scholarship .

Please see here for information about this scholarship. 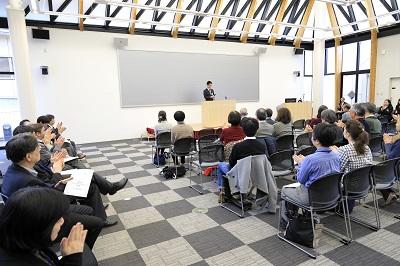 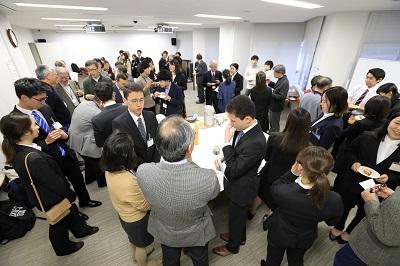